Request an estimate
No products found
Search
Blog > Of rugs and kings: A brief history of area rugs and carpets

Of rugs and kings: A brief history of area rugs and carpets 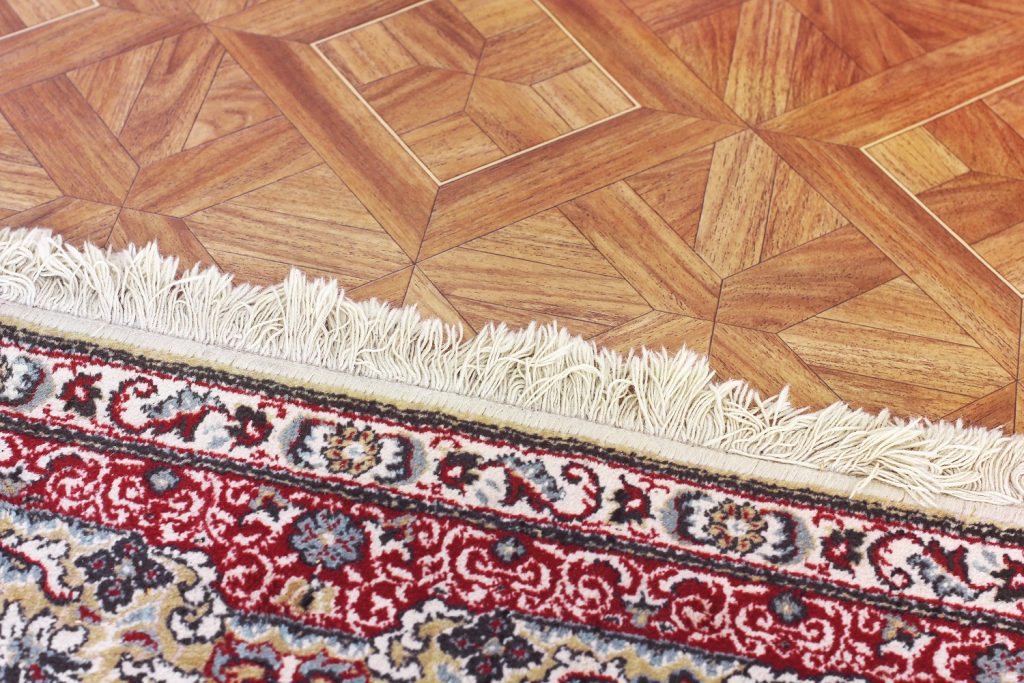 One of America’s beloved writers of dark tales and musings of man’s most hidden desires, nightmares, and fascinations, died wearing second-hand clothes in the streets of Baltimore. His work explored sinister characters and scenarios that put into question man’s intentions and most ungodly aspects and it was he that was mortified by the very insulting nature of bad interior design. It was Poe himself that wrote “a carpet is the soul of the apartment.” In his expressive disgust at bad decorative taste, he wrote that a man who choose a carpet well must be “a genius,” as it takes a profound understanding of color and aesthetics. So, we thought we’d take a look at this very soul throughout history and see just how it has provided generations with great decor.

Woven Carpets in the Islamic World

In the Islamic world, carpets were woven works of art that were produced at and for every level of society. All over the Middle East, women began weaving carpets and passing down the techniques and traditions from generation to generation. And while these Oriental rugs are often associated with places like Turkey and Persia, rugs—flat woven, plain weave, or tapestries —were woven and made throughout the world including by nomadic peoples.

Carpets were also woven for the royal courts in the Islamic world. Their presence in the royal palaces and homes did not just serve a practical purpose but was also seen as ornate work of art that that conveyed the status and wealth of the owners.

One of the longest-standing and biggest empires —controlling areas from North Africa to Eastern Europe— was the Ottoman Empire. And while carpets were produced in many royal courts, the Ottoman, the Safavid, and the Mughal Empires provide some great examples of royally produced carpets. The designs used for many of the carpets woven for the high-class in the Empire had very specific designs that were also used on court ceramics, painting, book bindings, and more. Artistic integrity and sophistication was highly regarded in this time period. There were different rules and standards for carpets intended for religious or secular settings.  The popularity of rugs illustrating animal and hunting scenes is well recorded, as many of this era’s rugs pictured animals both real and mythical.

The British Royals and Their Carpets

The story goes that a man called Thomas Witty strolled along a British market when he spotted a woven rug from Turkey and was so impressed by it he decided to replicate it. He set up shop in Axminster, which gave the carpet style their name. The weaving method used on these was similar to French carpets, but with varying colors and designs. His carpets became so popular that the British royalty, including King George III and Queen Charlotte purchased carpets from him.

British royalty preferred needlepoint rugs in their homes, as many portraits and paintings of the time indicate. Needlepoint refers to a specific kind of counted thread embroidery in which the yard is put through a stiff open canvas. Famous paintings, for example, of the Duchess of Windsor will show the needlepoint rugs in her living room as an indispensable part of their interior design.  Portraits of the royal palace during Elizabeth II also show intricately designed rugs furnishing the entirety of the room.

In his cleverly written and perhaps not so well-known essay, the philosophy of furniture, Edgar Allan Poe spends a considerable amount of time criticizing the taste—or lack thereof— of Americans when it comes to interior design and the ability to choose rugs or carpets properly. Part of his criticism, in fact, seems to be that because America never had a royal class, one could not find that elevated sense of elegance and people’s taste often reflected a forced appeal to the royal class of other places, albeit forcibly so. And while this is might be an arguable point, the history of the carpet industry in America is fascinating in its own right.

The industry of the tufted carpet industry began in Dalton, Georgia. The first woven carpet mill was started in Philadelphia. With the invention of the power loom, the industry was revolutionized and suddenly much more easily distributed and marketable. What’s interesting is that early American rugs made with this machine were made to imitate the stylings and colors of classic Oriental rugs. In the 1860s, designer rugs became popular. New Englander Edward Sands Frost began with these designer stencil designs that became all the rage.

It wasn’t until about the mid 20th century, that synthetic fibers were introduced and once again completely changed the industry. Wool and manmade fibers included polyester, nylon, rayon, and acrylics and were gradually introduced to carpets. The tufted proces, which is a little faster and more efficient, has since then become the dominant way most carpet is produced. When it comes to rugs, however, people still seek the authenticity of woven rugs for their home and office.

If you are interested in decorating your home with a rug, give Casa Carpet and Tile a call today. We might have just the design you are looking for! Rugs and carpets really add a layer of elegance to any room and we want to help you find what you need for your room. If Edgar Allan Poe suggested that a rug is like a soul for the apartment, then don’t let your house be soulless!